In the update on June 5, the servers of Korea raised the maximum level of pets to level 6, added a new item to World Trade, changed the quests in the personal fort.

Added a new item that allows you to speed up the wagon for 20 seconds while all tasks along the way will be automatically closed. You can purchase this item from the Merchant, who appears for 2 minutes during World Trade. The cost of the item is 300,000 silver.

Changed quests and increased the reward in the Personal Fort. Added tasks that need to be performed by the character himself, for example, gather grass, a tree and significantly raised the reward.

Reduced the required number of stones for sharpening equipment from 26-30 to facilitate the pumping of a new character.

Added 6 ranks pets. With an increase in rank to 6, pet skills remain the same as at 5, but it is possible to pump them up to level 15. Together with the new rank they added another tab to the collection of pets, and also reduced the price from 400 to 200 pearls for ordinary pets. 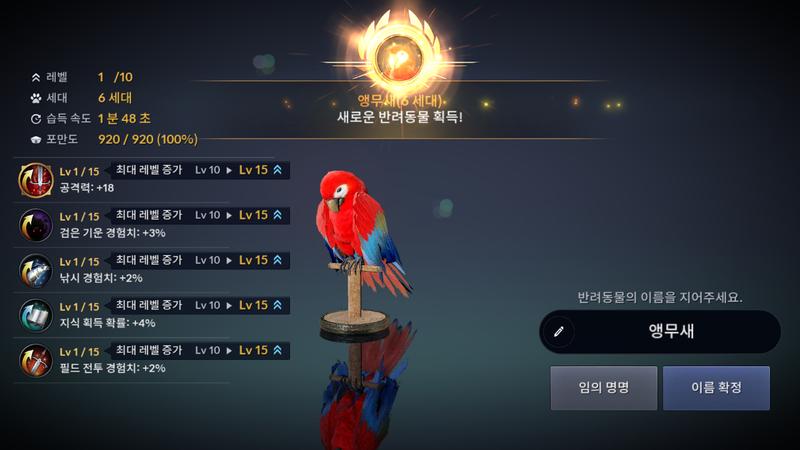 There was an announcement that we are waiting for a big change in the War of the Guild in the update next week.

Path of Glory - additional tickets can be used all at once.

Increased knowledge of the Bosses to level 200. Overall level increased to 5300.

Added a tab to the quests of the black spirit, in which you can see what you can get a reward for quests, while raising the level of black spirit.