In this guide you will find the skill build on the awakened Sorceress.

A set of skills awakened Sorceress from Smithy

You waited for it, meet my most loved class in game Sorceress: Awakened Edition 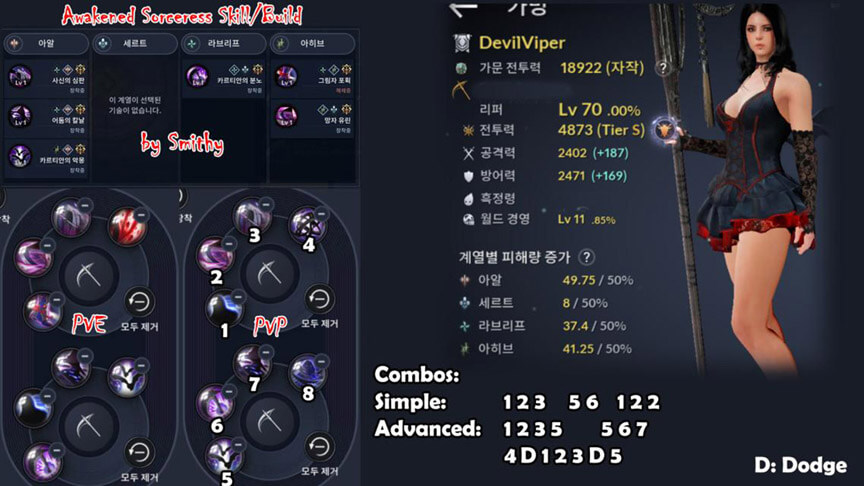 All numbers are first level skill. As the level increases, the damage in both PVE and PVP increases.. 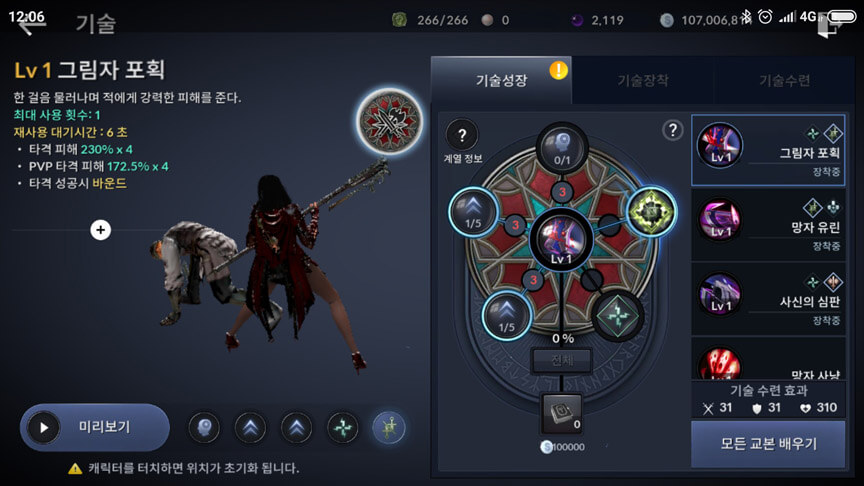 2. PVE: 142%, PVP: 99.4%. It spins like crazy, striking up to 20 times, overturns the enemy and has a frontal block, increases the damage and speed of running, has the effect of bleeding. 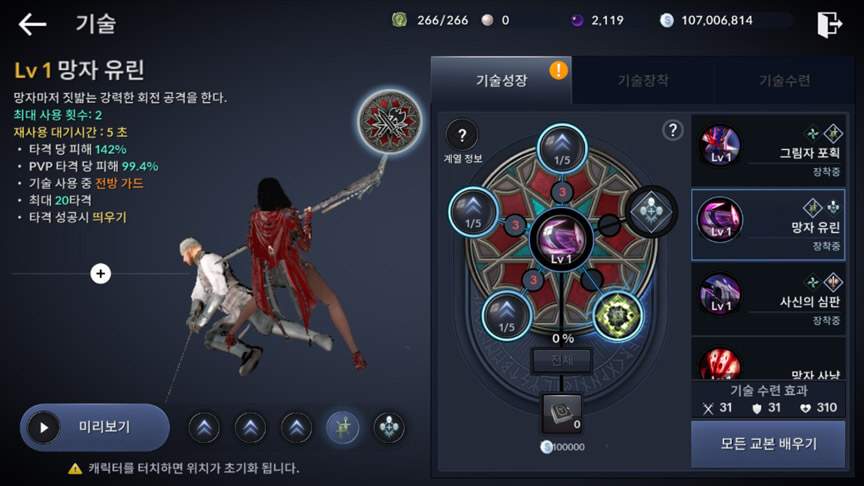 3. PVE: 700% * 2; PVP: 595% * 2. Charges the scythe and delivers a crushing blow, overturns the enemy and is immune to control, improves armor. There is an additional effect that consumes a charge: restores health upon hit. 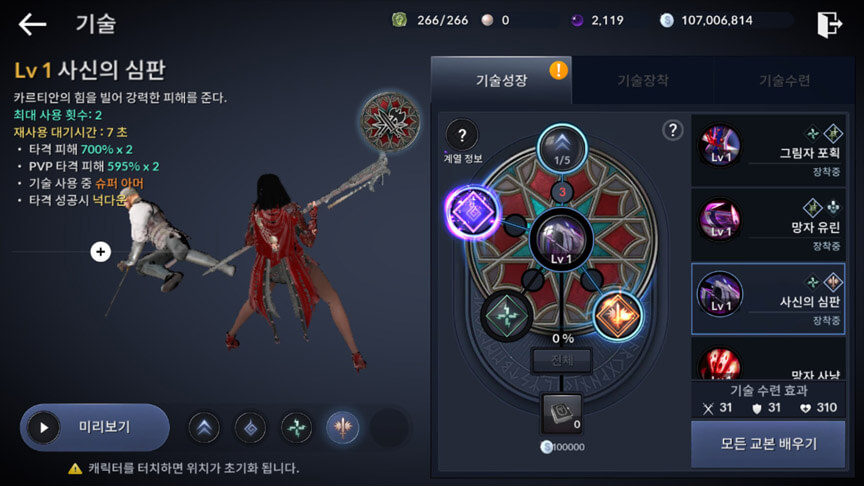 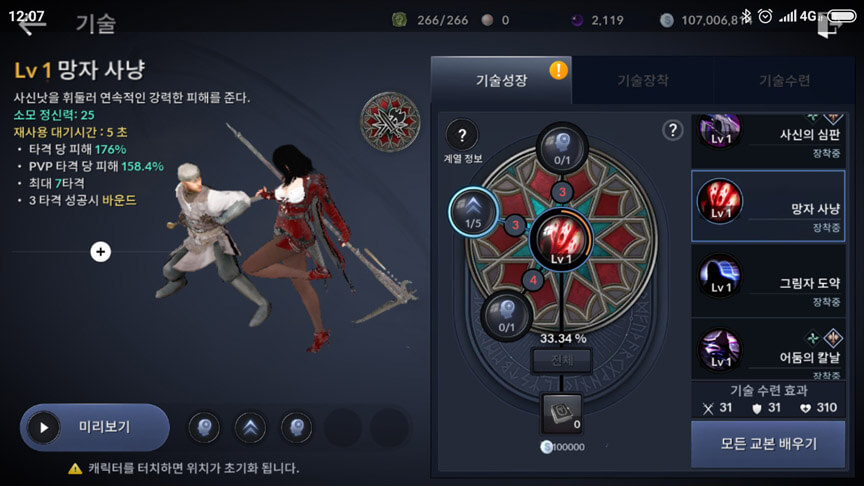 5. PVE: 600%, PVP: 420%. It rushes to the enemy, for a short time becomes stunted, has full immunity to damage and control. Increases the speed of running, the effect of bleeding. 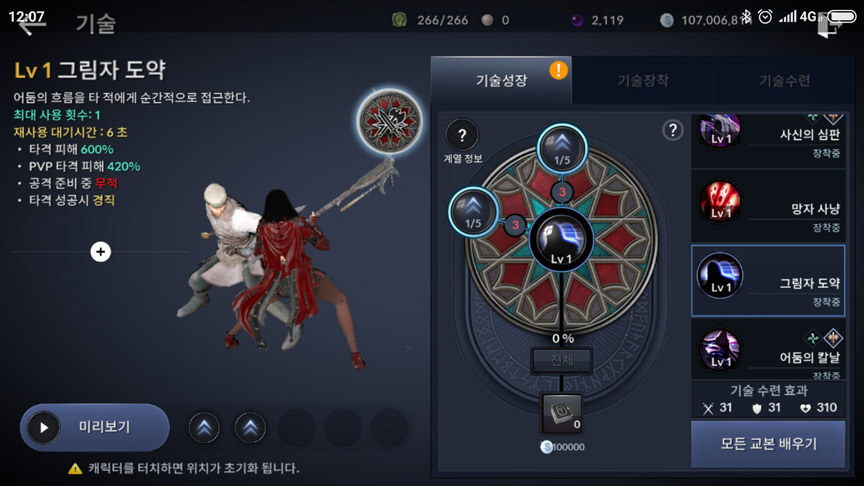 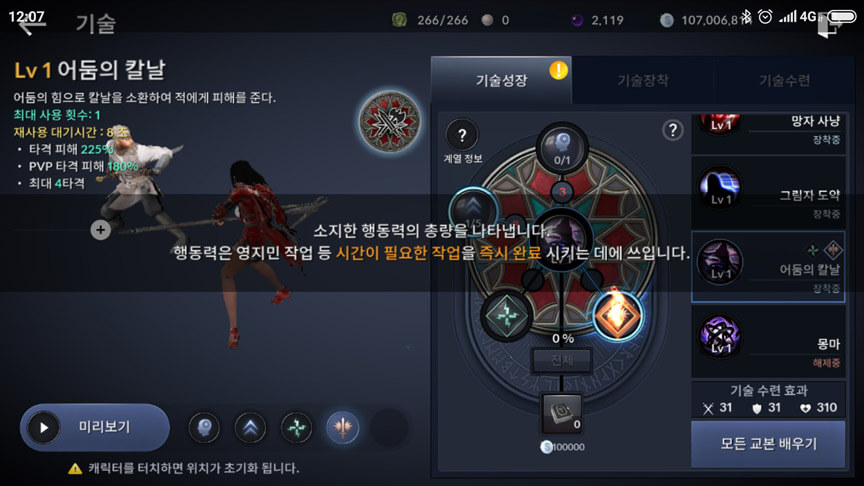 7. PVE: 540%, PVP: 486%. It becomes invisible for a few seconds, while moving it jumps in the direction of movement, it can be reused to teleport behind the enemy and stun briefly. Increases the critical chance, reduces the enemy’s run speed, rolls back by 4 lvl by 2 seconds. 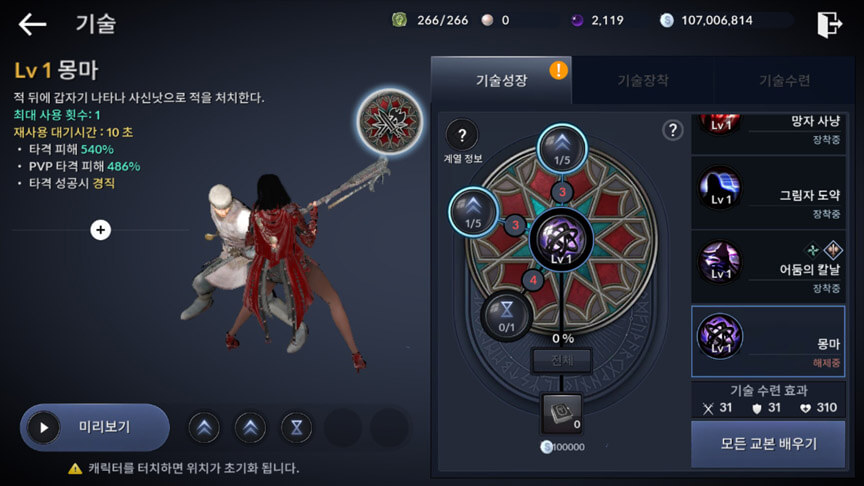 8. PVE: 1050%, PVP: 945%. It explodes the sphere of dark energy at an average distance, overturns the enemy, reduces the attack speed, reduces the cooldown by 4 seconds by 2 seconds. Uses a charge to increase the radius of the explosion. 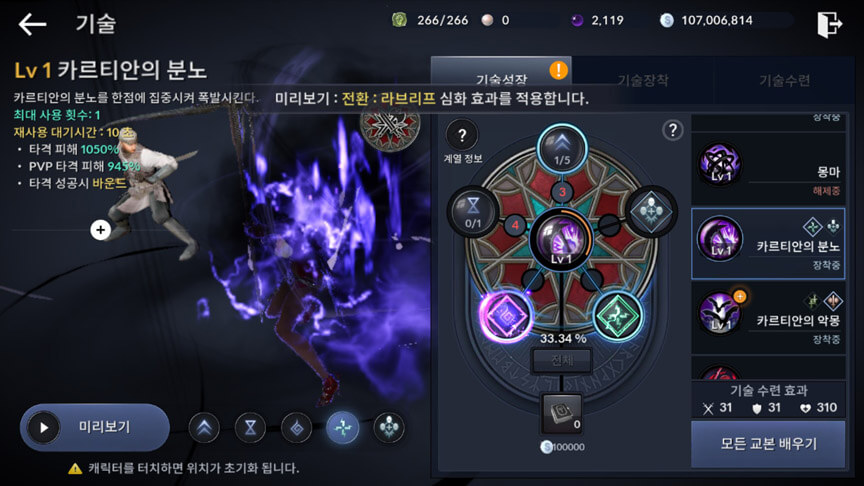 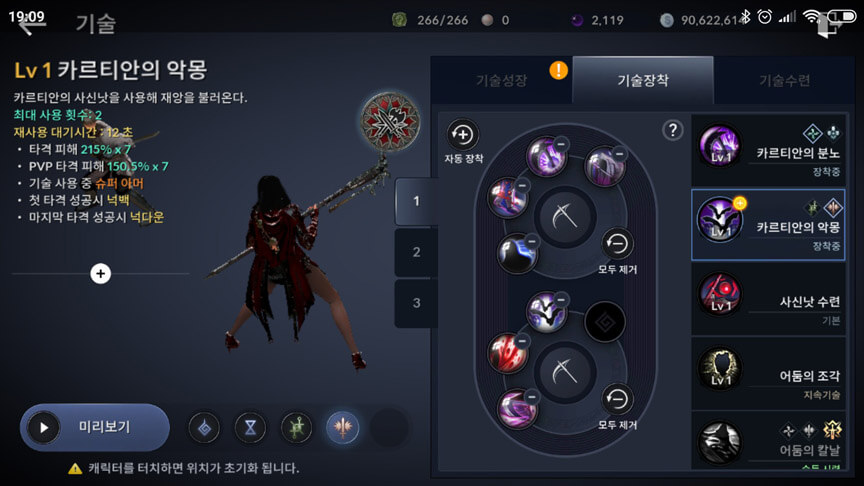 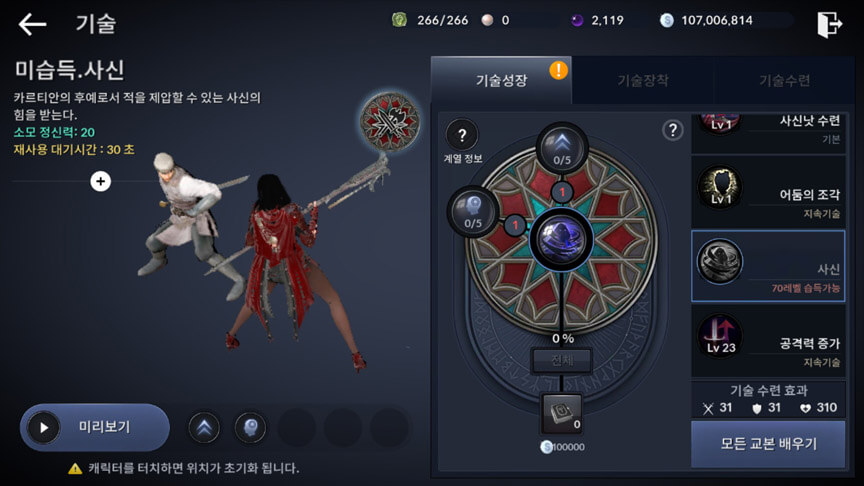